The Masked Singer host Nick Cannon is a father once again! Model, and rumored girlfriend, Alyssa Scott welcomed their child into the world on June 23. Cannon has been silent about the new arrival as well as the birth of twins with Abby De La Rosa on social media.

News that Cannon’s seventh child was born broke on July 4 when model, Scott posted an intimate photo of her and Cannon’s son. She used an Instagram gallery to post three photos of the newborn, and her pregnancy.

“I will love you for eternity,” said Scott in the post.

With a photo so intimate, it’s no surprise that Scott’s comments are filled with people congratulating her on the arrival of her new son, with a lot of heart emojis.

Twitter was going crazy a month ago with the speculation that Cannon was welcoming more children into the world, with two different women. Since then, Scott has taken down the photo that sparked it all. This photo was of Scott’s growing baby bump, and was captioned “ZEN S. CANNON.”

Before Scott’s Instagram post, DJ Abby De La Rosa had announced that she was expecting twin boys with Cannon in December 2020. De La Rose welcomed the twins on June 14.

Similar to Scott, Cannon has not mentioned the birth of De La Rosa’s children on social media. Even with Cannon’s silence, there is no question of his fatherhood after both mothers posted about him on Father’s Day.

Cannon’s Return to The Masked Singer 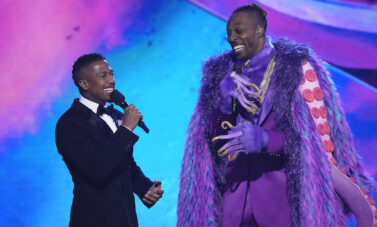